Have you ever wondered how much stack overflow is worth? I have been wondering that as well. Hence, I wrote this article detailing the research I have done.

But the revenue and other financial indicators of similar websites will give us an idea of how much it is worth. Recently, Github was sold to Microsoft for $7.5 billion. At the time of writing, Github had 45+ million users. That’s about 3.5 times larger than the 13+ million users Stack Overflow has. 7.5/3.5 gives us a modest $2.14 billion valuation.

However, a large number of users in both websites are dormant. Hence, the number of users alone is not a good indicator for valuing it. stackoverflow.com has a very high SEO rank which should significantly increase its value. New content posted on Stack Overflow is crawled almost instantly by Google.

Google’s crawler is now indexing us at, and I am not making this up, 10 requests per second which is the maximum. This is confirmed in Google Webmaster Tools. – Jeff Atwood

Compared to Github, Stack Overflow has both higher quality content and user engagement. At the time of writing, GitHub’s Alexa global internet engagement rank was 75 and Stack Overflow’s rank was 46. This is because a large number of Stack Overflow users are not part of its 13 million registered users but those who visit it from search engines.

It will help Microsoft promote its development ecosystem and encourage developers to build software products on Windows platform. Windows has lost market share to OS X and Chrome OS in recent years. Its market share has slumped from 95% in 2009 to 76% in 2020. 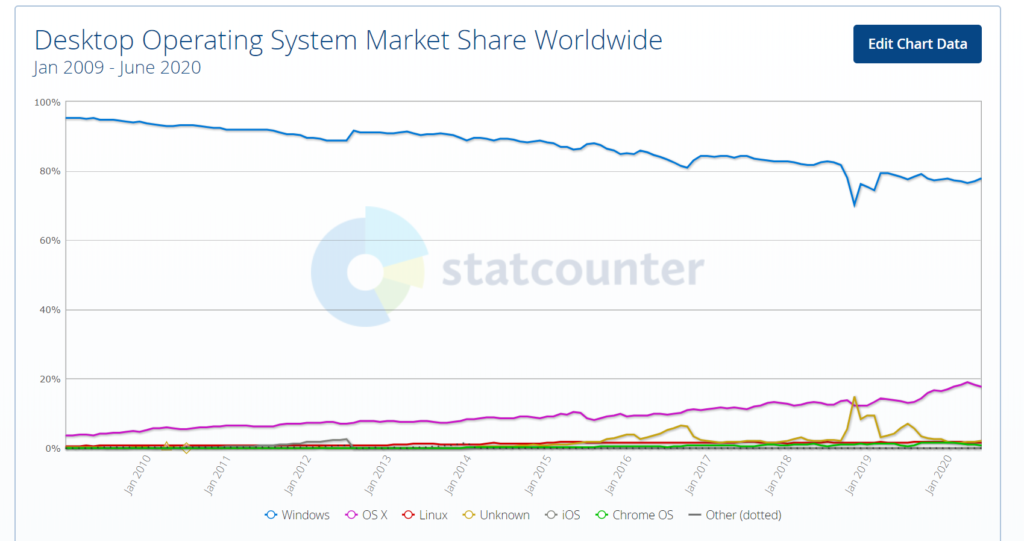 In 2018, Windows’ market share went down to 70% but it has recovered to above 76% in 2020. The GitHub acquisition likely contributed to the rise. This is an example of why strategic value is so important in the tech industry.

Just like GitHub, Stack Overflow also has a huge developer community and its developers are generally considered to have superior skills than the average GitHub developer (It has a reputation system to wade out low quality contributors).

After taking all these factors into consideration, I would put the valuation of Stack Overflow at $5 billion – $8 billion. Please don’t forget that it is ranked 44 by Alexa if you think my valuation is too high.

Reasons Why It Is Worth So Much

The reason why it should be worth over $5 billion is because of its strategic value. Having access to a large community of developers is valuable for many large companies such as Apple, Google, Oracle and IBM.

For example, let’s assume that Google will develop a desktop operating system (which is actually very likely). A desktop OS needs a large number of developers and investment. If Google buys Stack Overflow, it can feature contents related to its new operating system and provide incentives for developing on the new OS.

Having a platform ready increases confidence among users and developers. Hence, companies that develop system software generally provide benefits to new developers. Google’s Firebase provides free resources for apps with low usage. Amazon AWS has a free tier program. These companies burn a lot of cash on these programs to retain and attract developers.

Because of the strategic value, many large companies will be willing to buy Stack Overflow for a larger than expected sum of money.